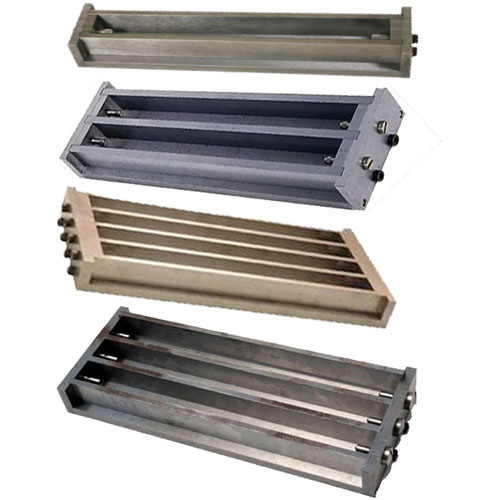 SE-Test India Shrinkage Bar Mould with model 1012 is manufacturers as per the industry defined IS 4031, 10086, ASTM C 227. AND BS 1881 standards Shrinkage barmould are the commonly required in the laboratory.

We have been Shrinkage Bar Mould laboratories and instruments demands for civil engineers, aggregate analysts and research institutions in India and world. With such vast products portfolio to choose from, SE-Test India is counted among the top shrinkage bar mould equipments suppliers and manufacturers and exporters in Delhi, India.!