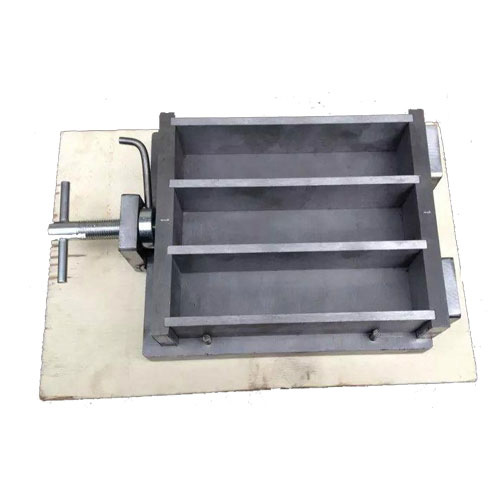 SE-Test India offers prism mould three gang for judging the strength and stability of cement specimens of diversity. Our machine (Model SET 1021) has been developed as per the international standards IS 1727 1967, IS 4031 1968, ASTM C 394, C 64. SE-Test India Prism Mould Three Gang is used for the purpose of determining liner shrinkage of mortar cement. It is made available with complete base. For correct assembly, the parts are marked with the identification number. Each mould is verified individually in respect to hardness, dimensional tolerance, squareness, roughness as well as flatness.

SE-Test India supply and export Prism Mould Three Gang as per the best industry standards. The equipment is manufactured utilizing steel of hardness over 200 HV, surface of the equipment is grinded with all its parts marked using an identification number for the purpose of proper assembling.

Prism Mould Three Gang mould is engraved with a part number and a certificate of confirmation is also supplied along with it. The prism mould gets completed with a 6 fixing screws and steel inserts.

We have been Prism Mould Three Gang testing laboratories and instruments demands for civil engineers, aggregate analysts and research institutions in India and world. Having responded to their precise requirements with utmost precision, SE-Test India is now among the preferred Prism Mould Three Gang manufacturers, suppliers and exporters in Delhi, India.!