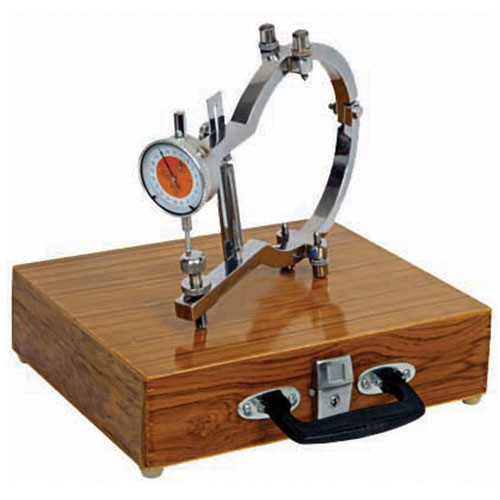 SE-Test India Lateral Extensometer consists of two movable frames pivoted at one end and extensometer is fixed to the specimen with the help of tightening screws. Our lateral extension is indicated on a dial gauge of 0.002 mm x 5 mm is mounted on the upper ring and the tip of the dial gauge rests on an anvil. Supplied in a wooden carrying case.