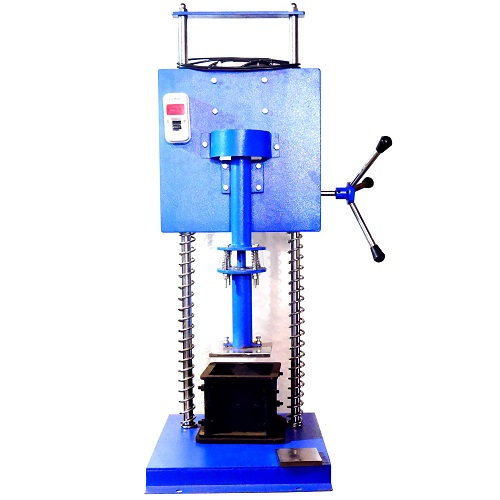 SE-Test India offers DLC vibrating hammer for judging the strength and stability of concrete specimens of diversity. Our machine (Model SET-1127) has been developed as per the international standards. We are supplier and exporter and manufacturers of DLC Vibrating Hammer as per the industry standards. The Vibrating Hammer is used for the purpose of campaction purpose of concrete samples in a mould. It is also utilized for the purpose of altering the formation of soil with the help of its vibration. Additionally, compaction of concrete cubes of 150mm and 100mm is done with the help of the equipment.

SE-Test India vibratory hammer is found as much quicker method. We supply the vibratory hammers along with 1 shank, and 1 tamping feet. Dlc vibratory hammer equipment is also used for ascertaining the relative measure of the mixing water that which flows from the sample of newly mixed concrete.

Features of our DLC Vibrating Hammer

SE-Test India providers of Vibratory Hammers, which is a specialized equipment used consistently at construction sites. The Vibratory Hammer is electrically operated vibratory hammer has several uses. Some of them are listed below. Our DLC vibratory hammers provide to the changing the soil formation with the use of its vibration Used for driving hammers into heavy or hard piles used for the compaction of concrete cubes of 150mm and 100mm.

Our DLC Vibratory Hammers mark the frontline competence that ensures detailed assessments in well calibrated manner. We are therefore counted among the top DLC vibratory hammers suppliers, manufacturers and exporters in Delhi, India.!