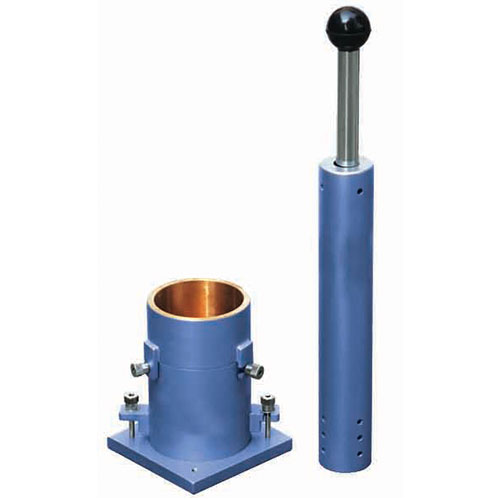 Specification: SE-Test India’s Standard Compaction Test with model number SET-1214 is manufactured as per the required IS 2720, (PART-VIII) industry Standards. The construction of the high load structures such paved roads, dams, and other construction projects basically rely on the strength and the stability of the embankments; a Standard Compaction Test for soil compaction is used to increase the soil strength. Standard Compaction Test apparatus is used in a lab. The lab testing determines the maximum density which can be achievable for the soil and uses it as a reference for the further field testing. Loose soil can easily be compacted by using the mechanical equipment to remove any air-voids, which help in densifying the soils and its dry unit weight is increased. The benefits of doing soil compaction include increasing the stability of the ground, preventing the soil settlement and the frost damage, mitigating undesirable settlement such as foundations, paved roads, and piping of the structures, and reducing the hydraulic conductivity.